Poetry and personal blog – Spilling my guts to strangers

What some people call guilt is really shame. As far as I’m concerned, shame is the perception that one is not enough–not good enough, not pretty enough, not smart enough, not creative enough, not productive enough, whatever. It’s a primal feeling of inadequacy; maybe it’s even preverbal.  While it has its roots in outside events and others may play on our shame to exert control, we perpetuate it in our own minds. Shame is useless and damaging.

Embarrassment is shame’s twin. I don’t think there is ever anything to be embarrassed about, particularly the everyday occurrences in life, the faux pas, the awkward moments, the trips, slips, burps, and farts.

But what about if you’ve wronged someone, you’ve stolen, lied, hurt, maimed?

Some would be embarrassed or ashamed to be caught in such activity. Yet they would live with with feelings as long as they are not found out. In this situation, what people should feel is guilt.

Real guilt is a necessary unpleasantness based on fact, not perception. Feeling guilty is the acknowledgment that you’ve deliberately caused someone harm. But instead of wallowing in guilt, the better way to deal with it is to rectify, learn, endeavor not do it again, take responsibility.

At least that’s what I think.

What is the True Nature of Inspiration?

Thankful for Our Veterans

Leave a Reply; Comments Can Be Made Anonymously Cancel reply

Recent posts from : A. D. Joyce

Poetry, Tarot, and Twitter—Truth Be Told 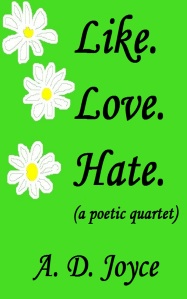 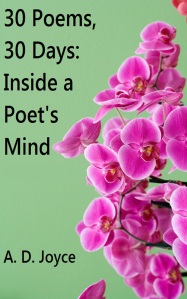